Well, y’all. I had a different post planned to start the week and it would have been posted yesterday, except…well…the Super Bowl didn’t go the way I hoped it would. After many years of waiting, my Atlanta Falcons finally went back to the big game. The last time they went was in 1999, so this one has been awhile coming and the anticipation was GREAT!  There were a couple of rough spots in this season, but when it got to be clutch time, this team showed true grit. I anticipated this Super Bowl all week and I had a victory post in mind, but that was not to be. The Falcons looked like they had it for most of the game, but the Patriots would not be denied another title. We lost in a heart breaker in overtime. That was that. No victory post from me. I actually still meant to post yesterday, but I’ll just be flat out honest – I was EXHAUSTED from staying up late (for me) the night before and I had things that had to get done, so the blog took the back burner for the day.

I’ve been thinking about what it means to be a sports fan and, as such, how we go through the highs and lows associated with the teams we support. Atlanta teams have an infamous reputation of dashing our hopes and while there have been some moments, like Sunday, that somewhat justify that sentiment, I’m still a loyal fan to my teams. Because, you know, that’s just life. As I’m sure we can all attest, sports are sports and the game is just a game for us fans. (Or, SHOULD be, in my opinion.) I don’t live and die by what the score is at the end. My emotions may run all over the place during the duration of the game because I’m invested in it, but what’s done is done when the final seconds tick off that clock. Oh, I’ll celebrate and I may even pout for a time, but it’s not all consuming far beyond the conclusion of the game. That is because as much as I love the game of football, and I consider myself a true sports fan, it’s still not THAT huge in the grand scheme of my life. Priorities being what they are, I let myself feel the highs and lows and then…it’s time to move forward.

Just as I don’t want to be judged by any one given day of my life, I don’t think it’s right or fair to judge a player or team by one day either. I’ve seen that especially after a loss, fans tend to look to play the blame game. They want to say the QB didn’t have his head in the game, or the O-line didn’t perform, that wide-out couldn’t run his routes if he had a map in front of him, the D-line must have been sleeping — there are many many excuses. I’ve dealt out some of them myself. Plenty of times. But, really, let’s be real here, “stuff” is going to happen. Let’s look, for instance, at Tom Brady who is, I am loathe to admit, one of the best QBs of all time. Look how many times he got sacked on Sunday. Now, the Falcons may have fallen short on the scoreboard, but I guarantee you that Tom Brady had some aches and pains on Monday that reminded him of certain Falcons in his grill on game day.  Our guys, the Falcons? They played with heart. And, I’m not going to sit here and cry over them losing a pretty substantial lead and ultimately losing the big game in overtime even though I very well could. (By the way, OT in the NFL is the worst and I could rant on that, but I won’t.) Instead, I’m going to recall a  banner year for our Birds. A year in which:

There is a LOT to be proud of this season as a Falcons fan. I’m not going to fall into the “We should have…” or “But, if he would have…” or “Did you SEE that…?!” type of scenario. The fact is, it’s done now. We didn’t win the Super Bowl this year. Yes…we! The fans help made the team. Trust me, I put some emotional equity into the team every season. We could say all day how overtime in the NFL needs to change and maybe the outcome would have been different if Matt Ryan would have gotten his chance in OT on Sunday, sure. I believe that too. But, it is what it is. And, at the end of this day, I’m still a fan. At the end of tomorrow? Next week? Next year? Still a fan. Proud to be a Falcons fan, through thick and thin. I’ll sport my red and black and I’ll go in with the also infamous in our state “We’ll get ’em next year” mentality. Because, you know what? I truly believe we will.

Falcons, thanks for an amazing run this season! You gave us all a chance to RISE UP and I will always be a true fan!

On to next year,
Kelly Our family proudly sporting our Falcons wear which we all wore to church on Sunday. 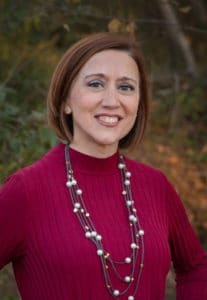